things to do in oklahoma city, ok 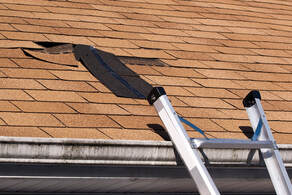 OKC is famous for its food. Search the web and find hundreds of great places to eat. OKC is home to unique restaurants, steakhouses, food trucks, cafes, bistros, wineries, and breweries. Listed here some of the top-rated restaurants and eateries: (1) Boulevard Steakhouse (Edmond, OK); (2) Cheaver's Cafe in OKC; (3) 1492 New Latin Cuisine in OKC; (4) Jamil's in OKC; (5) Ludivine in OKC; (6) Mohagany Prime Steakhouse in OKC; (7) Mickey Mantle's Steakhouse in OKC; (8) Museum Cafe in OKC; (9) Red Prime Steak in OKC; (10) Red Rock Canyon Grill in OKC.; (11) All About Cha Café in OKC; (12) The Drum Room in OKC; (13) The Mule in OKC; (14) The Pie Junkie in OKC; (15) Bang A Gong At Guernsey Park in OKC; (16) Nic’s Grill in OKC; (17) The Empire Sliced Back in OKC; (18) Café Kacou in OKC; (19) Camilya’s Mediterranean Café in OKC; (20) A Steak Straight Off The Ranch (The Ranch Steakhouse) in OKC; (21) Republic Gastro Pub in OKC; (22) Ted’s Café Escondido (best taco's in OKC) Search beyond the top-rated restaurant list and you will find hundreds of great places to discover in Oklahoma City. Oklahomans are proud of their state. They love the land as well as the food raised on it.   They also have great respect for roofers in Oklahoma City. Ha!

​The Will Rogers Birthplace Ranch (Dog Iron Ranch) is a historic site two miles from Oologah, Oklahoma. He was a cowboy humorist/entertainer/actor/spokesperson/columnist/author/political commentator in newspapers, books, vaudeville, television, radio, films, and as a stage actor. William Penn Adair Rogers (November 4, 1879 – August 15, 1935) was killed in a plane crash on August 15, 1935 (aged 55), with Wiley Post, near Point Barrow, Alaska Territory. The family tomb is at the Will Rogers Memorial Museum, near Claremore, OK. Both the birthplace and the museum are open to the public. Famous worldwide, tributes everywhere are paid to Will Rogers. Visit attractions in OKC, the State of Oklahoma, Alaska, California, Colorado, New York, Texas, and Washington State.